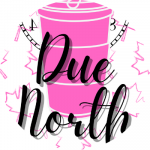 Etta leads a quiet life as a research librarian until a tall, dark, and slightly translucent navy officer enters her life. When the time traveling spirit puts Etta on a wild chase for his family in the heart of Canada, she doesn’t know what to expect. Certainly, meeting a tall, dark, and disturbingly solid farmer who barely speaks and seems to think she’s only there to steal a fortune he doesn’t possess, had never occurred to her as a possibility. Nor had developing a wild crush on said farmer. Or accompanying him on a treasure hunt. Or having wild sex dreams about him or… Look, she blames the randy squirrels, alright? And who has even heard of Manitoba anyway?

Note for the readers of my Wattpad webserials: Etta is a cousin of Fiona Holyoake from Away With the Fairies. The idea of a silly sequel about Etta chasing ghosts around Fleckney has been bobbing around in my mad creative mind. Someday, we’ll see Farmer Thorne meeting the Holyoakes. I think he’ll get along with Will most perfectly. 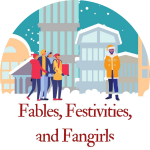 Newly famous John Richardson never meant to lie to the adorable baker in his aunt’s village sweet shop, but then again, he hadn’t meant to fall head over heels for her either. Now every time he opens his mouth he seems to dig himself deeper, and every time she opens hers he falls a little more in love. He blames the season for his sappy emotional state, but who can he blame the lies on, and what can he do to salvage what he suspects might be the love of his life? 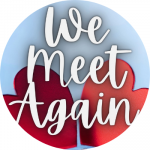 {Currently being re-edited} A collection of short stories. A chance encounter in a WWII bar, an interior designer who can’t stand the architect on her biggest project, a florist who is dragged to a hard rock concert by a friend, repeated run ins at a local park with a handsome caregiver, and a highly competent secretary and her oblivious boss… what do these stories have in common? Their protagonists are the echoes of of my original characters. Oh, and happy endings, and thrilling romance too! A delightful collection of romantic short stories that range from sweet to spicy and feature the same pair in multiple iterations, this is a perfect dip into my multiverse. 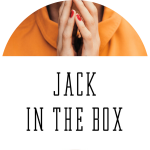 Jack in the Box

Gemma Wright is a professional muse. She can inspire a hit album; crack open the worst case of writer’s block; or get a sculptor back into their groove. Her work takes so much out of her that she has strict rules and a precise plan for her personal life. A plan that has no room for Jack Richards, a famous mystery writer and serial playboy who sets off every red flag in Gemma’s book. A plan that should perfectly encompass the modest and mild-mannered author John Barnett… if only Jack would stop popping up. Understanding others and leading them to fulfillment is Gemma’s specialty, but will she be able to turn her super power on herself before it’s too late?

Note for the readers of my webserials: Jack, Gemma, and John have cameo appearances and are mentioned in my webserials on Wattpad. Mrs. Barnett, John’s mother lives in Fleckney, and Jack is mates with John Holyoake. 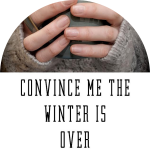 Convince Me the Winter Is Over

{Currently being re-edited} Renee Miller is a reclusive web designer who, after several hours of delirium from flu, wakes up to find a stranger in boxer briefs standing in her bathroom. John is an archaeologist who finds himself stuck in a stranger’s flat in a snowstorm. Frozen in her neat and clean world of highly functional anxieties and her history of childhood trauma, Renee is perhaps the worst possible host for her flatmate’s boyfriend’s colleague. Yet, while the fervent gush of life that is John Greaves disrupts her carefully guarded existence, Renee finds herself gradually yearning for more. Is John the first breath of Spring in her frigid world? 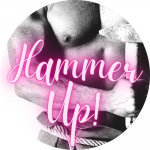 To win the right to choose her husband, Aphrodite has to make a wager with Zeus, the Ruler of the Olympians. She has to endure ten days in the company of Hephaestus, the fallen god of smithery. Except, everything about him freaks her out. He wears dirty clothes. He limps. His sacred animal is an ass.

Meanwhile, he thinks she’s a slag, and nothing but the means to an end in his quest to return to Olympus and to reclaim his godly status. Want to learn the Greek myths the hot way?

This book is full of surprisingly accurate mythology facts, Cockney-speaking gods, and frisky erotica, all mixed in a story full of humour, geek references, and romance.

Note: The story continues in Frost Over! – a webserial on my Wattpad page where you can read the second book in Geek Gods Series for free. The story takes place twelve years after the events of Hammer Up! and we encounter a whole new bag of cats in it. 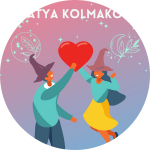 Sybella Brennan and Alistair Greyling were an item during their last year in the Magick school. The beginning of their relationship hadn’t been smooth. He was a school player; she was a new girl and a ginger. Through that last year at school they grew up, grew closer, faced energy vampires, a half-dragon, and then there was that incident with a mummy. Funny enough, these troubles weren’t what broke them up – attempting a long distance relationship did.

Six years later, just as they’ve always dreamt, she’s an officer in the Magick police; he has become a healer. Investigating a case in Manchester, she gets injured – and whom does she see when she opens her eyes in the infirmary? 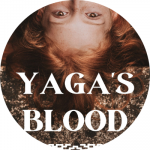 Mira is a somewhat normal Canadian high school student. She’s the daughter of an immigrant single mother from Russia who never speaks of her life before she moved to Canada. When Mira’s mother disappears, leaving her instructions to seek help from a man from her past, Mira starts untangling her family’s secrets – and they turn out to be centuries old!