Come to Amazon Kindle Scout and vote for my story Hammer Up! 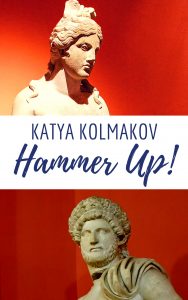 Summary: To win the right to choose her husband, Aphrodite has to endure ten days in the company of Hephaestus, the fallen god of smithery. Except, everything about Heph freaks her out: he wears dirty clothes; he limps; his sacred animal is an ass. Meanwhile, he thinks she’s a slag, and nothing but the means to an end.

Do you want to learn the Greek myths the hot way? Surprisingly accurate mythology, Cockney speaking gods, and frisky erotica are mixed in this story full of humour and romance.

After 30 days, if the book gets published, you get a FREE copy! 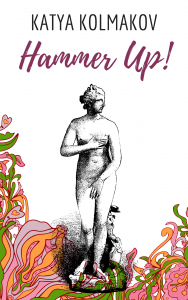 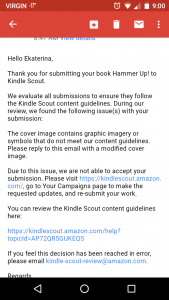 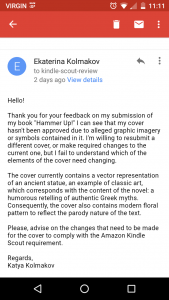 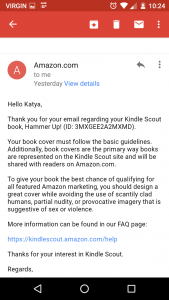 Hammer Up! formerly known as “Stop, Hammer Time!” on my fanfiction page has been uploaded to Amazon Kindle Scout.

It’s been rewritten into a more orthodox format (all the frisky humour and jolly smut has been left intact, worry not!); edited; and a ‘pretty’ cover has been designed.

Once the text is approved, we are up! I’ll give the link in all my possible media, and the game is afoot, my lovelies! We will have 30 days to herd enough people to vote for it, and make it happen. If it gets published, I get a tasty morsel of cash, the book becomes available on Kindle, and everyone who voted gets a free copy!

And now the reveal… the cover!

Stay tuned! And fingers crossed, it’ll be a smooth and triumphant journey!